MD, Dave Courteen looks back on 30 years of business

So, this April we celebrated Mosaic’s 30th anniversary.

We’ve been on quite a journey since Steve and I set the business up back in April 1987 with just one site and two members of staff, other than ourselves. Now we have 25 sites and 458 staff.

It’s amazing to look back and think about just how different life was when the business started. With no websites, we had to create a brochure to show to prospective members. If you wanted to make a call it was on a landline or from a phone box. No one knew what Facebook, Google, social media or Wi-Fi meant. The big brands on the High Street included Woolworths, British Home Stores and C&A and with Amazon not yet in existence, if you didn’t buy in person from a shop, the only other option was mail order – which meant sending an order in the post with a cheque!

It would be easy to write this whole article about looking back over the changes that have occurred in the last 30 years. But I actually want to look forward. One of the reasons I think why we are still going after 30 years, compared to some of the other businesses mentioned before, is that we have been prepared to adapt and change as life has evolved. We have embraced and developed the new technology and communication channels such that our social media strategy, for example, is lauded by others as one of the best in our industry. And I love the fact that our Facebook and Twitter accounts are managed by Clare, who is a 20-year veteran with Mosaic, and has retrained and learnt the skills to embrace these changes.

Our business has evolved too. 30 years ago, I would never have envisaged that we would be operating spas, and that I would be writing this whilst 20 of our Spa Managers are working on designing new spa treatments at our very own Spa Academy. 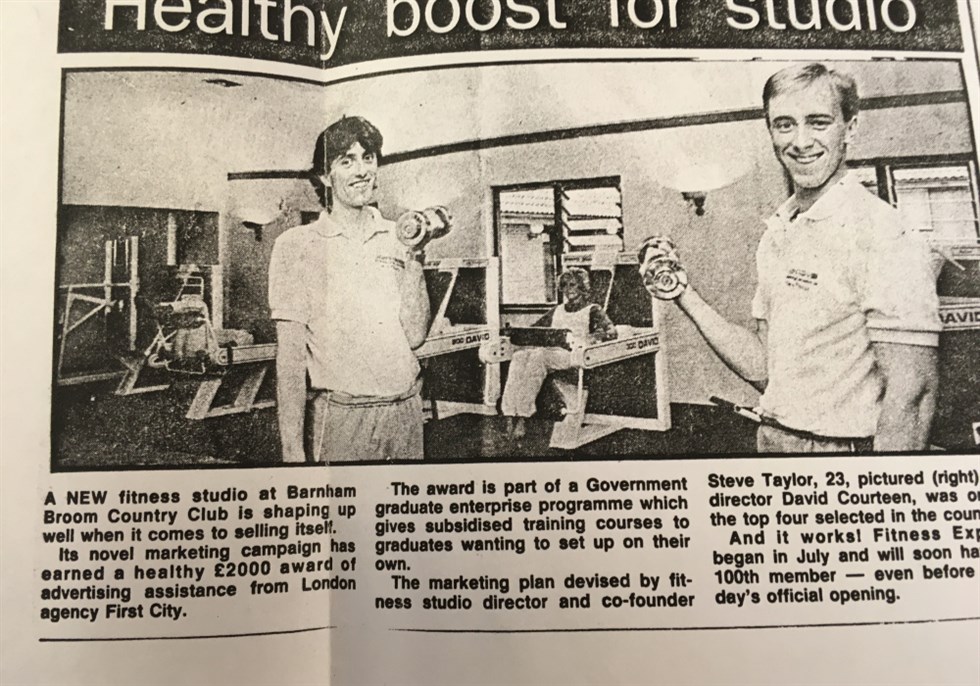 So, what’s next? Looking back is entertaining and fascinating but looking forward is so much more exciting.

I’m just back from an industry event which was focused on looking into the future. I met with a man who is dedicating his life to creating a human colony on Mars by 2035. He has 100 people already training to go. I can’t begin to imagine how this will happen but then 30 years ago I couldn’t imagine the impact or concept of the web either.

What I do know is that the next 30 years are undoubtedly going to be more fast paced and revolutionary than the last 30. Some of the biggest companies we currently know will not last the 30 years. The way we help people get fit or chill-out will be unrecognisable to how we do it now. I discovered at my futuristic conference, that Google are developing ingestible technology -  technology that you can eat. Cancer diagnosis will be possible by swallowing a tablet with a small camera inside. There is even new technology that you can ingest which will impact your brain, making it plausible that in the future you could just take a tablet which will programme your brain to learn a foreign language.

Scary, exciting or a bit of both?

If Mosaic is to still be around in 2047 we will have to change radically from the business we are now over that time. There will be many changes. One thing for sure is that Steve and I won’t be in the business to celebrate our golden anniversary, never mind the diamond one. So, my hope is that over the next 30 years we adapt, change and embrace to the evolving world just as we have done since 1987.

There can be nothing more exciting to look forward to.