We’ve just celebrated our annual Spa Academy Awards at the end of last month. The Awards are the culmination of the latest series of our Spa Academy which we hold to help develop our Spa Managers, Head Therapists and rising stars within the organisation.

The Spa Academy runs over six monthly sessions, led by the Management team, and is the fifth series we have run. It has been hugely successful in developing our team and a number of those completing the Academy have gone on to run their own spas within the Group. The latest series involved a series of external specialists who helped the delegates develop their communication and marketing skills. This series also included a workshop with a leading physiotherapist who helped create a new signature treatment that will be launched next month.

The invitation to guest speakers, including product houses and spa organisations provided a valuable opportunity for the Spa Managers to polish and tailor their management knowledge which they can take it back to their team to improve their performance.

A core part of the Academy is the sharing of best practice and the celebrating of success so our “Oscar” like Academy Awards ceremony is a perfect way to recognise best practice. The Awards are based on the spa’s performance over the last 12 months and are awarded on quantifiable key performance indicators. There are 10 prizes based on such criteria as highest revenue per week per FTE therapist, highest average NPS score, highest retail sales %, highest revenue per room, most successful marketing campaign. There are also two individual prizes for the therapists who scored the highest marks over the last 12 months in our bronze and silver assessment criteria. The ultimate prize is the team of the year which is awarded to the Spa that achieves the best performance over seven key criteria around profit and customer satisfaction. This year’s winning spa was Holmer Park who just edged out Park Farm by one ranking point. Both spas have had really excellent years and exceeded all their targets.

As well as picking up a trophy, certificate and goody bag from our product house partners, Babor and the Natural Spa Factory, many of the winners will be heading to Aachen in Germany later this year. They will be part of a fascinating trip to the worldwide headquarters of Babor to see the products we use in our spas being made, enjoy training in the Babor Institute and explore the spas of the German town which is built around some natural springs.

We believe it is so important to develop our spa teams and to also recognise and reward outstanding performance. Over time our Academy Awards have delivered a brilliant incentive to motivate our teams helping them to achieve their targets and deliver a higher quality service. 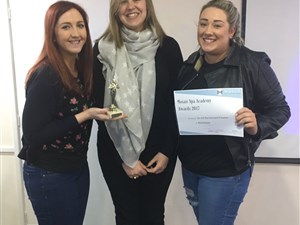 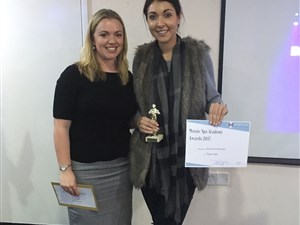 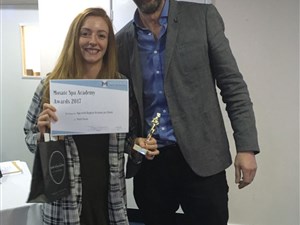 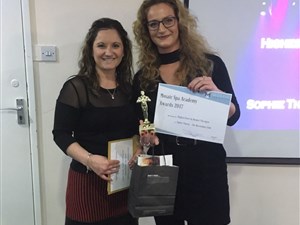 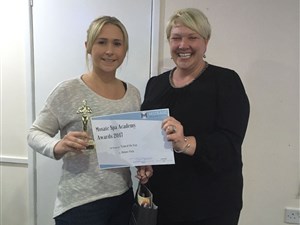