To honor VE day this year, we wanted to look at life and beauty in the 1940s - a decade that covered the Second World War and the 5 years that followed.

During WWII, there were cosmetics shortages for European women, as the main ingredients in makeup (petroleum and alcohol) were needed elsewhere for the war effort.

As a result, the popular makeup look at the time was very natural - not only were supplies short, but many women were helping in factories or working on the farm so they needed something that worked ‘on the go’. British women often had to make their own cosmetics out of ingredients like beetroot, or use their lipstick for blush and contour too!

In the USA, make up was deemed "necessary and vital" for war effort! Women were encouraged to bulk-buy their favourite products before stock ran short...

The Power of a Red Lip

During the war, women would send their men at war letters stained with lipstick kisses. Red lipstick was the most popular cosmetic of the 1940s - did you know Elizabeth Arden was commissioned to create lipstick for the US Marine Corps Women’s Reserve that matched their uniform? She named them ‘Victory Red’ and ‘Montezuma Red.'

Red was a powerful colour as it was believed to help revive tired-looking skin... and seen as a morale booster! Whether or nottyou believe this is true, the look has well survived the era and is still popular today.

To create your own 1940s perfect red lip, follow these three simple steps:

?? Firstly clean your lips, and apply a little balm. In the 1940s they would sometimes also powder their lips too, to help the lipstick stay.
?? Trace or reshape your lips with a little red lipstick on a lip brush (or use a modern red lip-liner).
?? Fill in the lips with your lipstick. If the colour is too bold for your liking, press your lips to a tissue afterwards.

Mascara in the 1940s was a little different to our modern-day mascara wands - you would instead use a lash brush to sweep on the mascara! Mascara itself could come as liquid, paste or cake! Some only used Vaseline brushed on the lashes, or, during the wartime, boot-polish mascara (we 100% do not recommend this one!).

Although false eyelashes had been invented long before the 1940s, they were not popularised until the interwar years – partly due to the rise of movie stars.  It was popular to go to a salon to have these fitted, often to the ends of your eyelashes, though they were available to use at home like they are today.

To achieve beautiful 1940s Hollywood eyelashes, the trick is to comb through your lashes so to separate any clumps of mascara. Audrey Hepburn used to use a sewing needle, but a small brush would be a safer way to separate lashes! To finish off your look, apply a simple line of black or brown eyeliner and a touch of red lipstick. 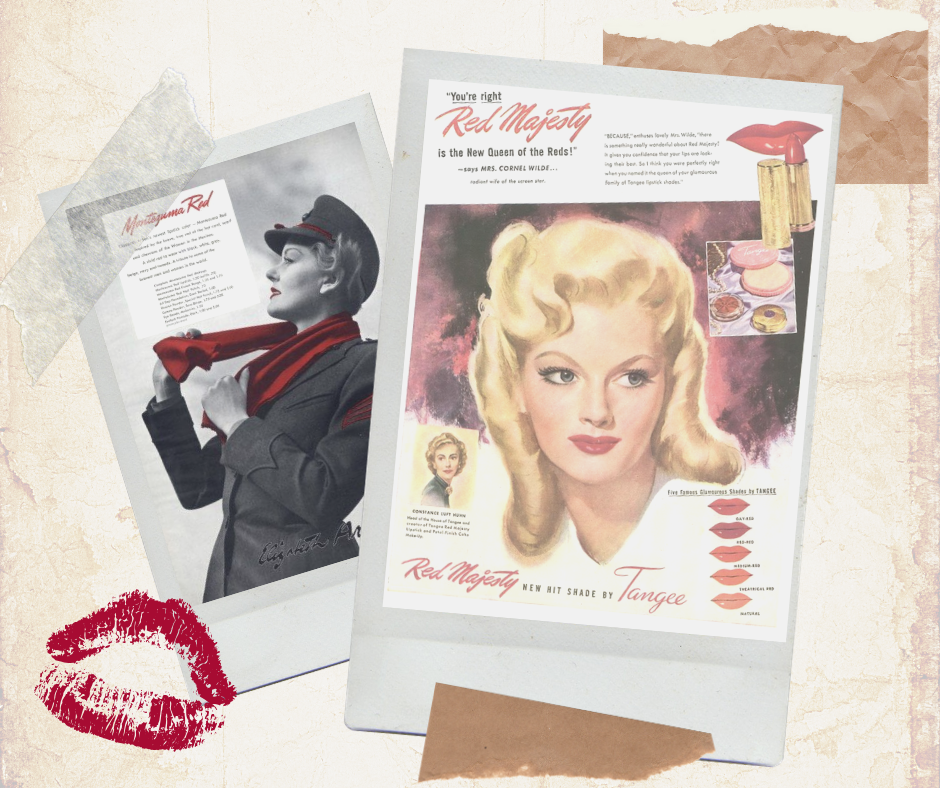